Rainbow Bay Surf Life Saving Club (SLSC) was established in 1962 due to the growing population and families finding Rainbow Bay a safe place to swim and a great place to surf.

Rainbow Bay SLSC is the most southern club on the Queensland coast and is positioned on one of the Gold Coast’s only north facing beaches, providing sheltered conditions for swimming. There are picnic tables, kids playground, public BBQs and toilets. Volunteers patrol the beach every weekend from September to May and Gold Coast City Council Lifeguards patrol the beach outside these times.

Our Supporters’ Club deck is the perfect spot to relax, have a beer and watch as the waves roll in the distance and the sun sets over the hinterland. We have membership types to suit many requirements. The club offers a great community service for all age groups and welcomes the public to come and enjoy the facilities at Rainbow Bay SLSC. 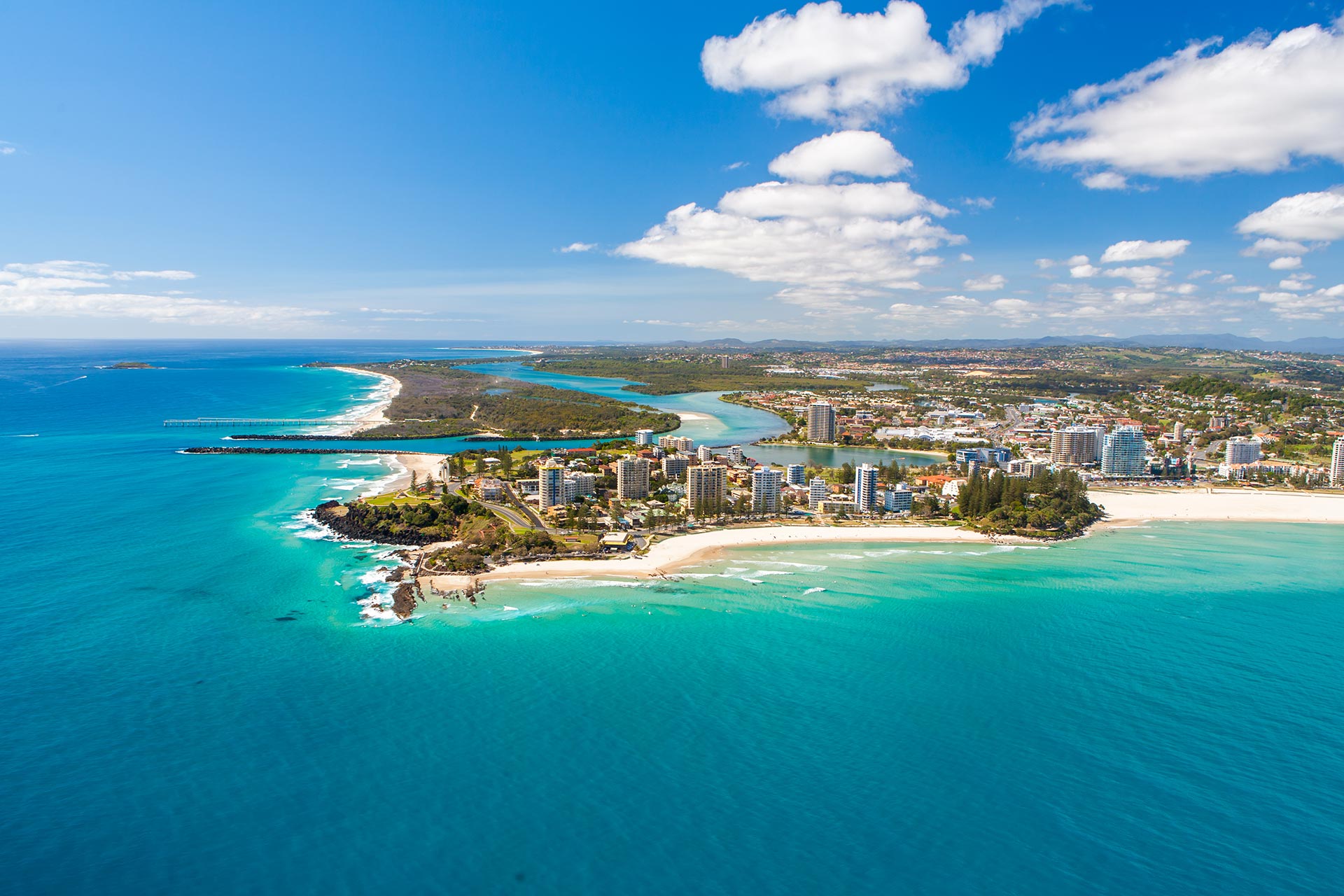 Rainbow Bay and adjoining Snapper Rocks Beach are the southernmost beaches in Queensland. Rainbow Bay (1600) is a relatively small, 300 m long, north facing beach that is bordered in the west by Greenmount Hill. It ends at a low, rocky point, beyond which Snapper Rocks beach (1601) continues on for another 100 m to Snapper Rocks; part of the larger 30m high Point Danger that forms the border with New South Wales.

The Rainbow Bay Surf Life Saving Club is the newest on the Gold Coast, being formed in 1962. It is located on the low, rocky point that separates the two beaches. A road runs along the back of both beaches, ending in a parking area behind Snapper Rocks Beach. There is a grassy foreshore reserve behind Rainbow Bay Beach.

Both beaches receive waves that are lowered after moving around Point Danger to an average of about 1m. The width of both beaches and offshore bar conditions depend on both the prevailing waves and, in particular, the status of sand waves moving around Point Danger. When the bars are present, the beaches are connected by sand, there is a wide surf zone and excellent surfing conditions. When the bars are absent, the beaches are separated by the rocky point, are narrower and there is an attached bar cut by one rip at Snapper Rocks Beach and two at Rainbow Bay. Low rocks dominate the Snapper Rocks surf zone and are a hazard for swimmers.

Rainbow Bay is a popular swimming beach, owing to its protected location and usually low waves. However watch for the changing bar conditions and presence of rips, particularly near the rocks and Greenmount Hill. The safest swimming is in the patrolled area on Rainbow Bay Beach. Swimming is not recommended at Snapper Rocks Beach because of the rock hazards.

When the bars are right, the two beaches can combine to produce a classic, long, easy right-hander, that at times has been known to reach adjoining Coolangatta Beach. There are usually reasonable waves that are popular with the surfers during southerlies, when the winds blow offshore.

This is a popular fishing area, as the name of Snapper Rocks suggests. There is good beach fishing into the usual rip holes and outer troughs, together with rock fishing off Greenmount and Snapper Rocks.

Queensland’s southernmost beaches are both picturesque, even if somewhat developed. They provide continually changing bar conditions and a nice place to watch the sun set over the Gold Coast high rises.

BECOME A MEMBER
Previous
Next